Onimusha: Dawn of Dreams (The Story): a.k.a. "Skip the Stage": The Movie

Well, since I just reviewed a movie that was made up of nothing but video game footage, why not review another instance of this happening? Yes, Shenmue the Movie may have been the first time a video game became a movie in the most literal sense, but it certainly wasn't the last. In 2006, Capcom tried their hand at such an absurd concept by making a 2 hour movie out of the last entry of the Onimusha franchise, (Shin/New) Onimusha: Dawn of Dreams. Said movie edit (sub-subtitled The Story in Japan) came out direct-to-DVD in Japan on July 26, 2006, exactly five months after the game had come out in Japan. Taking all of the cutscenes from the game, while also apparently adding in some new ones just for this version, it would become nothing more than an odd bit of trivia until 2013, when Media Blasters picked it up for North American release as one of its first new licenses after nearly dying out. Oddly enough, the DVD is a dual-audio affair (kind of, but we'll get to that later), so let's see if this movie does a good job at explaining the end of Onimusha to people who never played it, like myself. It's been 16 years since Samanosuke Akechi defeated Nobunaga Oda & his Genma demon army, and Japan has seemingly entered an era of peace that coincides with the end of the Sengoku Era. Unfortunately, the peace doesn't last as Hideyoshi Toyotomi winds up teaming with the Genma in an attempt to take over the world. His plan is to gather all of the Genma trees, twisted masses of humanity, to Kyoto before having them all bloom during the Daigo Blossoming Festival; the trees release Genma insects that transform people into inhuman monsters that show no fear. The only hope to stop him comes from Soki, a "Blue Demon" who is actually Hideyoshi's illegitimate son Hideyasu Yuki. Together with Akane "Jubei" Yagyu (granddaughter of the second Onimusha), Tenkai (a mysterious man who knows Akane's grandfather), Roberto (a Portuguese missionary who wants revenge against his guardian, Luís Fróis), & Ohatsu (a childhood friend of Soki's), they aim to destroy the Genma Mother Tree & hopefully stop the arrival of the Genma's God of Light, Fortinbras.

E3 2015 had some really big surprises, didn't it? Nintendo unleashed the original Mother game onto the Wii U eShop as EarthBound Beginnigs, Microsoft announced a cheap collection of games from Rare (including the first console release of the Battletoads arcade game), & Sony unleashed a two-part nostalgia bomb that luckily didn't kill anyone from sheer shock. The first part was the announcement that Final Fantasy VII, the game that put the JRPG genre on the mainstream map, would finally be getting remade, but the second was the return of a bit of a forgotten innovator, Shenmue. 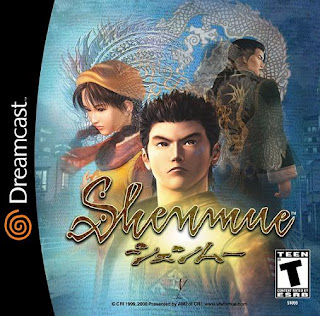 Shenmue was the brainchild of Yu Suzuki, the man behind innovative arcade classics like After Burner, Space Harrier, Hang On, & the Virtua Fighter series. Originally conceived as Virtua Fighter RPG for the Sega Saturn, Suzuki & his team at Sega AM2 would eventually move production to the Dreamcast before the game finally saw Japanese release in 1999, followed by international releases in 2000. For it's time it was the most ambitious video game ever created, with Suzuki coining his own genre to properly describe it, "Full Reactive Eyes Entertainment"/FREE. An open-world game with NPC that seemed to live their own actual lives, real-time weather effects, day & night cycles, & even combat segments (based on Virtua Fighter, obviously), just to name a few features, Shenmue also coined the phrase "Quick-Time Event/QTE" that has gone on to become a slightly controversial gameplay system (due to some companies' over-reliance on them). All of this ambition did come with a cost, obviously, as it cost $47 million to develop, making it one of the most expensive games of its time (Suzuki originally stated $70 million, but years later gave a proper amount), and it was meant to be a multi-game series that would tell the 11 chapters of the saga. Unfortunately, after Shenmue II saw a Japanese & European release on the Dreamcast in 2001, followed by a port onto the original Xbox in 2002, Sega put the kibosh on the series, even though that game ended on a cliffhanger. Well now there's a Kickstarter for Shenmue III, and over one night it became the fastest game to ever reach $1 million in the site's history (not to mention second-fastest overall, losing only to the Pebble Watch), and the drive is now way into stretch goals as of this post. So, with the dreams of those who never stopped believing finally coming true, let's look at a time when Shenmue was a really, really big deal. 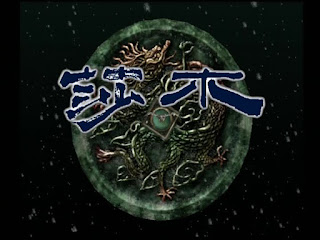 With development of Shenmue II happening, Sega & Yu Suzuki wanted to keep the momentum going, so they did something that was unheard of at the time: They made a movie... kind of. You see, instead of doing a live-action adaptation or anything like that, Sega simply took the major cutscenes of the original game, compiled them in chronological order, & combined them with battle sequences played by expert players; to my knowledge, this was the first time a movie was ever created this way. On January 20, 2001 Shenmue the Movie not only debuted but was screened in Japanese theaters. Yes, a 90-minute movie made entirely of video game footage was theatrically released. It later saw a DVD release that was exclusive to Japan, but when the Xbox port of the sequel was released Sega included its own DVD of the movie, so that newcomers could become caught up with those who played the original game. Yes, this technically isn't an "anime", so why isn't this an Obscusion B-Side review? Well, it's a Japanese movie, but it's not live-action. Therefore, I guess it can be considered a CG movie, henceforth it's anime? Yeah, let's go with that.

This past weekend was AnimeNEXT 2015, which I have had to pleasure to call my "local con" ever since 2009, when it moved from the Meadowlands to the Garden State Exhibit Center & DoubleTree Hotel in Somerset, NJ, a mere 15-20 minute drive from where I presently live. While I never went to the con during its initial years, I have attended every single one once it moved to Somerset, and every year I have seen it transform from a small gathering of fans (compared to the likes of Otakon & Anime Boston, at least) into a con that I would argue is becoming a real force to be reckoned with when it comes to East Coast anime conventions. The Somerset location has come to be a very memorable place for me, and while its size was slowly becoming too small for the growing & growing number of con-goers it would receive, it still maintained a welcoming aura behind it. This was the first con I ever did a panel at, back in 2012. This was the con where I started to really meet & converse with other online anime writers, all of which have way more notoriety than me, which makes me feel honored that they have welcomed me to their circle in any way at all (& I know that there are still plenty of people I have yet to meet). While it may never truly reach the level of an Otakon or Anime Boston, let alone the behemoth that is Anime Expo, AnimeNEXT deserves more.

That is why I wasn't surprised to find out on the first day of the con that this would be the last year it would be in Somerset; this would be the last year I could call it my "local con". Next year, AnimeNEXT will emanate from Atlantic City, still in New Jersey but far enough away to no longer be "local" for me. While I will still hope to make it there every year moving on, I can no longer guarantee it, so I just want to say "Thank You" & "Farewell" to AnimeNEXT at Somerset; it was a great seven years.
.
.
.
.
But enough of this sappiness, right? Allow me to go over what I did this past weekend, and give my panel-goers links that they can use!

Obscusion B-Side: Warpath: Jurassic Park: Open the Door, Get On the Floor... Everybody Fight the Dinosaur!

As a child of the 90s, it's no surprise that Steven Spielberg's movie adaptation of Michael Crichton's Jurassic Park is a favorite film of mine. As for the sequels, I think The Lost World: Jurassic Park is an okay movie, albeit with an amazing climax, while I'm actually a fan of Jurassic Park III; it's flawed, but it's a fun action/survival flick. With the fourth film, Jurassic World,  actually coming out this weekend, I wanted to review a video game based on the franchise. While there are plenty of JP games out there, I have my mind set on possibly the most bizarre-yet-ingenious one of them all. 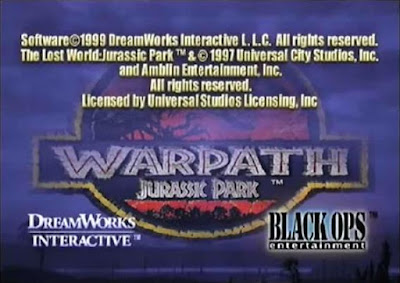 One of the first things that comes to mind when you think of the term "dinosaur" is, easily, the concept of survival of the fittest. While there were plenty of herbivores during the Mesozoic Era, if you ask someone to name a dinosaur, most will answer first with a carnivore, which makes sense; there were tons of deadly creatures during this era. With that in mind, it sounds like a no-brainer to make a fighting game based on dinosaurs... Yet there are actually very few of them out there. The one people will quickly bring up is Atari Games' arcade fighter Primal Rage from 1994, though that one did have a couple of giant apes mixed in. The most recent one was Ubisoft's Combat/Battle of Giants: Dinosaur Strike for the Wii in 2010, but while that one had a neat line-up, the slow-paced & simplistic gameplay is a turn-off. Well, in 1999, Dreamworks Interactive teamed with Black Ops Entertainment to make Warpath: Jurassic Park for the PlayStation, a 3D dinosaur fighter that was released the same day as the original Medal of Honor (also developed by Dreamworks). So, how did a duo of American game studios handle a game about JP-styled dinos battling to the death?

Would you believe via a mix of Tekken & Virtua Fighter, with a dash of Battle Arena Toshinden?