So around the time Part 1 of this list came about, Bandai Namco announced that there will be new information coming out regarding Super Robot Wars via a live stream on December 11. Not just that, but the company's Southeast Asia Twitter account, which posts in English, also promoted the live stream, so it's likely that the Moon Dwellers & V English translation efforts were a success. With that in mind, at least one entry in this list has an (ever so slightly) better chance for re-inclusion than before (...maybe). With that said, let's get straight into Part 2 of this list of "mech anime" (read: not all are anime) that saw a single appearance in SRW, but deserve a second moment in the spotlight. 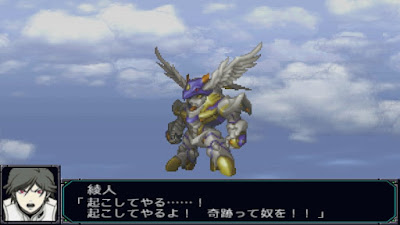 RahXephon
Hideaki Anno's Neon Genesis Evangelion, though itself homaging mech anime that came before it, became a massively influential anime. Yoshiyuki Tomino couldn't escape the connection with Brain Powerd, though he technically came up with the concept before Eva debuted, Masami Obari's Platinumhugen Ordian was a blatant response to it (even using Norse mythology instead of Christian mythos) and Yutaka Izubuchi's 2002 TV series RahXephon likewise was caught up in being called an "Eva clone". Detailing Ayato Kamina's battle against the Dolems of the ancient Mu civilization, while also finding out the truth of the life he's lived in Tokyo Jupiter all his life, the anime was obviously similar to Anno's tale in various ways, but it was also made to be a heavy homage to 70s mecha icon Brave Raideen, especially since Ayato & the RahXephon shot arrows & had an equivalent of Akira Hibiki & Raideen's God Voice. I remember back when I first started getting into anime fandom in the mid-00s, and RahXephon was definitely a popular series for its time, so I have always wondered why it only appeared in a single SRW... At least going off of my criteria for this list.

If one can't tell, this year's Mecha Month is rather low-key; I didn't even officially announce it as such. Part of that is because I feel like I hit an end of an era last year when I covered the Matchless Raijin-Oh OVAs, which put an end to me covering that anime (& it's thematic deconstruction Bokurano) every November for the past four years. Therefore, I think it's only appropriate for me to put an end to another Mecha Month tradition that happened alongside the Raijin-Oh-related reviews.


Bandai Namco's Super Robot Wars franchise celebrated its 25th Anniversary last year, and has remained the ultimate love letter to mech anime & the seemingly infinite potential when you combine together various giant robots from across history. Over these 2+ decades of games, more than 150 different mech anime, manga, & even games have seen inclusion in some way or another, but even then it will never be enough; there will always be content from the past, present, & future to include. Therefore, two years ago I listed twelve series (11 anime & 1 game) that had yet to make their SRW debuts, but I felt were still viable for inclusion one day (or at least I really wanted to see...); even today, only one has since debuted (Idolmaster Xenoglossia), but only for a limited time on a mobile spin-off. Last year, I flipped the script & detailed twelve titles that actually appeared in SRW multiple times, but have not returned in over a decade; again, mobile spin-offs aside, none have since returned. So, to finish this trilogy of SRW lists, let's take a look at twelve "mech anime" (read: not all are exactly anime) that were once (& only once) given the spotlight, but I feel deserve a second chance to show their stuff. I'm using the same restrictions as last year's list (at least 10 years since inclusion, no spin-offs, & nothing that Akira Kamiya voiced a major role in), so here we go!

In the 80s, two anime dominated North American TV airwaves when they were localized & adapted in similar ways. Harmony Gold's Robotech from 1985 was an amalgamation of three separate mech anime, 1982's Super Dimensional Fortress Macross, 1984's Super Dimensional Cavalry Southern Cross, & 1983's Genesis Climber Mospeada, while World Events Productions' Voltron: Defender of the Universe from 1984-1985 was made up of two series, 1981's Beast King GoLion & 1982's Armored Fleet Dairugger XV, but in both cases only one of the sources would become the de facto face of their own respective franchises. For Robotech it would be Macross (though, due to legal issues, Mospeada would eventually be used as the basis for future productions), while for Voltron it would be GoLion (so much so that an adaptation of Lightspeed Electroid Albegas was scrapped in favor of completely original "Lion Force" episodes). After decades of ups & downs for both franchises, though, we're at an interesting time for both of these icons of the 80s. 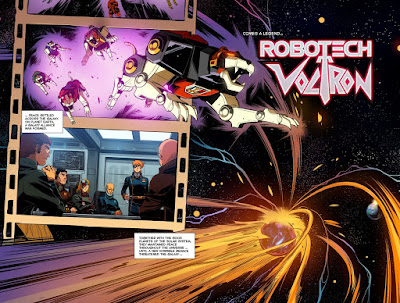 There hasn't been anything truly "new" from Robotech since the maligned movie The Shadow Chronicles in 2007 (yes, I know of 2013's Robotech: Love Live Alive, but that was just an adaptation of the 1985 Mospeada OVA of the same name), and after filing an arbitration lawsuit against Tatsunoko that revealed that HG's license to the three shows that comprised the series will expire in 2021, it looks like Robotech is slowly approaching death's door; while money does talk, I highly doubt Tatsunoko will renew HG's license at this point. Meanwhile, Voltron has had a couple of full-length animated series within this very decade alone, 2011's generally maligned kind-of-sort-of-maybe sequel Voltron Force & 2016's highly beloved reboot Voltron: Legendary Defender. In between those two series, though, a company called Dynamite Entertainment had the comic rights to both franchises, so it was decided to have the two cross over, which resulted in 2013's Robotech/Voltron, a five-issue American comic that focuses specifically on the Macross cast meeting with the "Lion Force" GoLion cast.

Amusingly enough, this is literally the only time these two series have ever officially interacted with each other anywhere in the world, as the only Super Robot Wars game to feature GoLion, 2007's W on the DS, did not feature Macross in any way. All this being said, was anyone even asking for this to happen, & is it any good in the first place? Let's find out...

The video game industry, like any form of entertainment, can be absolutely cutthroat & ruthless. If products just continue to sell less & less, then the company behind them will eventually just die out. For video games that means the publishers that put games out on store shelves, and there is a theoretical graveyard filled with the corpses of video game publishers that eventually died. For every Nintendo, Sega, Electronic Arts, Activision, & Capcom, there's been a Sage's Creation, Kaneko, Vic Tokai, Treco, Big Fun Games, Acclaim, Seismic, DreamWorks (no relation to the movie studio), Majesco, & Data East that once existed but have since either simply left the game industry to survive or outright died out, never to be seen again. But on rare occasion there were game companies that seemingly died, only to make one last stand & try again years later. Still, they wound up dying for salvation, with dedication. They took no capitulation, but faced annihilation. They looked for gamer commendation & reincarnation, and I want to give them the last rites they were denied. So let's don our sabatons & take a look at six game publishers that made one last stand when it looked as if there was nothing left from them! 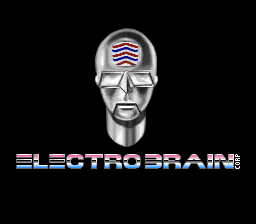 First up on this list is a company that, for all intents & purposes, was likely never going to make it past the 90s, no matter what, and it all comes down to the name it operated under. Founded in 1990 & operating out of Salt Lake City, Utah, Electro Brain had a name (& logo) that simply screamed that it was a product of a new decade, but at the same time instantly dated itself for the future. Still, the publisher does have some relevance to an anime & manga-focused blog like this, as they got their start with anime-based games like Fist of the North Star: 10 Big Brawls for the King of the Universe! for the Game Boy & Puss 'N Boots: Pero's Great Adventure for the NES, and it would start off by bringing over games developed in Japan, like Dead Heat Scramble, Trax (both for the Game Boy), & the SNES version of Raiden Trad; they even did a Japanese release or two themselves, like for Super Kick Boxing, a.k.a. Best of the Best: Championship Karate on the SNES. Eventually, Electro Brain would move on to publishing games by Western developers, like Imagineering's Ghoul School & Sculptured Software's Stanley: The Search for Dr. Livingston (both on the NES), before hitting 1994. Late that year saw Electro Brain release Vortex on the SNES, a Super FX chip-powered game developed by Star Fox's Argonaut Software. Following that release, Electro Brain just up & disappeared, with no releases from them for 1995.