Kamen no Maid Guy: Kukuku... Seems the World is Not Yet Ready for Male Maids

Yoshiki Fukuyama has an interesting spot as a member of JAM Project, because he's the only member to have had prior (notable) anime success as part of a larger group. Specifically, his old band Humming Bird was chosen to be the sound behind Macross 7's rock band Fire Bomber, with Fukuyama himself being the singing voice of main character Basara Nekki. Not just that, but following the end of that anime, Humming Bird would continue being used for anime & game themes, from its debuts with 1997's City Hunter: Good Bye My Sweetheart & Next Senki Ehrgeiz to the band's final singles with 1999's Macross VF-X2 & Karakuri Zoushi Ayatsuri Sakon. Since teaming with JAM, Fukuyama hasn't done too much solo work when it comes to anime themes, with his themes to Overman King Gainer & Buso Renkin being possibly his most iconic. In fact, Yoshiki Fukuyama hasn't had a solo anime theme song since 2008! 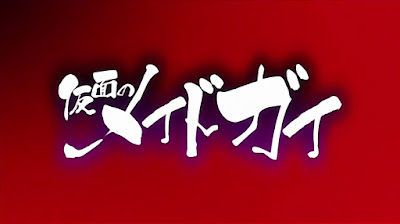 2004's Kamen no/Masked Maid Guy was the debut manga for Maruboro Akai in the pages of Monthly Dragon Age, home of titles like Triage X, Highschool of the Dead, & many manga adaptations of light novels. It would run until 2012 for 15 volumes, & during serialization saw two adaptations. First was a radio drama series in 2006, & following that was a 12-episode TV anime adaptation by Madhouse during the Spring of 2008; the later home video release added an extra OVA episode. Unfortunately, 2008 was one of the worst times for anime to see initial airing & release from an international perspective (at least for North America), because that was during the time the bubble burst, which meant that it was sandwiched between the old days of stuff being grabbed left & right for home video & the current days of almost everything being simulcasted for streaming. Because of that, it got passed over without much ado.

Combine that with the fact that Geneon Entertainment Japan was handling the home video release, which itself was about to enter a merger with Universal Japan (now NBC Universal Japan), & Kamen no Maid Guy still remains with any sort of official release in English; there are fansubs, but it was definitely a victim of unfortunate timing. I say this because I felt back then, & still do today, that Maid Guy could have been, at the very least, a strong sleeper hit for its time, because it, quite literally, has just about everything that sells housed inside it. Yes, it's as insane as that sounds.

[Quick Note: If you're reading this because you attended my panels & are looking for the content lists, just skip to the end.]

When I did my Otakon report last year, I nicknamed it "Final Otakon" because it was the last time it would emanate from Baltimore, Maryland's Inner Harbor. Therefore, this year's Otakon, which has now moved to Washington D.C.'s Walter E. Washington Convention Center, was "New Otakon". Luckily, New Otakon managed to fight against the stigma of being a "New" version of an iconic creation, because this year was outstanding & managed to not only feel like Otakon of old, but also give me hopes for the future.

That being said, my initial & immediate feelings were a little rough. For example, "Day 0" (a.k.a. Thursday) was always known for long lines of people waiting to grab their pre-registration badges, but there was next to none of that this year. In fact, when pick-up opened at 3:00 pm, I was literally able to just walk up to a booth & get my badge; even by 5:30 pm, the line was only a short wait, at best. Luckily, those feelings were crushed come the start of Day 1, & by 6:30 pm on Day 2 (what I call "Peak Otakon"), the con was filled with people & the sheer energy of it all made me feel absolutely comfortable. I think the best praise for a con is that, following the move to a new location, you still get that comfortable & familiar feeling, & New Otakon felt like a true-blue Otakon by the end.

What really blew everyone's mind, though, was the sheer size of the Washington Center, because this place is absolutely gigantic; the con didn't use close to the entire center's space, yet already felt comfortable. The Dealers Room & Artist Alley were just unbelievably massive, though. Not just that, but the layout was so attendee-friendly that, by the end of Day 2, I already knew where everything was, which is amazing to think about. Combined with the locale-filled section of our nation's capital that the center is in, New Otakon feels just right in Washington D.C.

Now I can simply go over the various stories I have about what happened with me at the con, but I'll just direct you to my Twitter page, as I covered more or less all of the awesome moments from this past weekend over there. Instead, let me go over what panels I held, both in the giant AMV Theater, & what I covered in each of them:

In 1987, a team lead by James Riley filmed footage for an interactive movie planned for Hasbro's Control-Vision, originally codenamed NEMO, a video game console that would operate using VHS tapes. In 1989, though, Hasbro would cancel the Control-Vision, and the game that was meant to use the footage would eventually be released on the Sega CD in 1992 via Digital Pictures as Night Trap. Seemingly unbeknownst to everyone involved, though, that same year as the filming saw another game system actually released, and it too utilized VHS... Sort of. 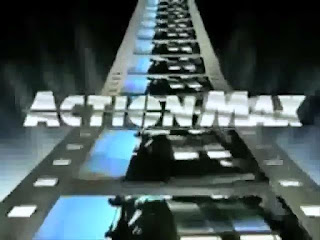 Founded in 1980 by former Atari employees, toy company Worlds of Wonder only lasted for a decade before eventually closing in 1990. Still, WoW made a notable name for itself with products like Teddy Ruxpin & Lazer Tag, the latter of which actually helped lead to the company's demise after a child was killed by an officer who mistook it for an actual gun. WoW also had some involvement with video games, as it was the initial distributor for the Nintendo Entertainment System for the console's first few years, but in 1987 the company tried a slightly more direct hand with the Action Max, which retailed for ~$100. While Worlds of Wonder is most synonymous with the system, it was actually the product of Sourcing International, Ltd., and was essentially a light gun shooting gallery. Using the system itself in concert with a CRT television & a red sensor that is attached to the TV's lower right corner, people would play specific Action Max-labeled VHS tapes in their VCRs (as the system itself didn't actually play the games), and would shoot at specific targets when they appeared on the screen. Good hits would result in adding points, & bad hits would result in losing points. In turn, one could never "lose" (or really "win", either) while playing the Action Max, and since it relied on VHS tapes (but without the special tech that a game like Night Trap was going to use), each "game video" would be the same exact experience when replayed; no alternate routes, no randomization, nothing different.

With the departure of Rica Matsumoto back in 2008, Masami Okui is now the sole female member of JAM Project, but in some ways is actually the most prolific of them all. Aside from having been in the anisong industry since 1993, though she wouldn't get an iconic (solo) anime until 1997's Revolutionary Girl Utena, Okui has also worked on theme songs for a bunch of anime that she didn't even sing for. Titles like Grenadier, Solty Rei, Ayakashi (the visual novel adaptation, not the horror anthology series), & Kanokon all feature songs that Okui either composed, wrote the lyrics to, or did both for, not to mention that she's done the same for a good majority of JAM's own songs; she's likely done more than Hironobu Kageyama, in fact. Back during JAM Project March I decided to review Ray the Animation, which was the first & only time Masami Okui has ever composed the entire soundtrack for an anime (an experience that she wouldn't mind doing again one day, she admitted). For the Summer of JAM, my choice for review isn't quite as extensive with Okui's musicianship skills, but it's still an example of Okui (more or less) making her own theme songs. 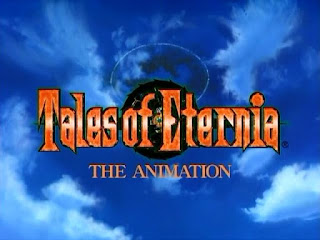 Tales of Eternia was the third main entry in the Tales Series, & fourth entry overall, debuting in Japan on the PlayStation on November 30, 2000. It eventually saw release in North America the following September, where it was renamed Tales of Destiny II (after the prior console entry), supposedly due to the worry of Mattel potentially suing over the use of the term "Eternia", which is the name of the world in the Masters of the Universe franchise; this wasn't a problem in Europe & Australia when the PSP port would be released in 2006. This SO wouldn't cause confusion when Tales of Destiny 2, the actual sequel to ToD, would see release in Japan in late 2002 on the PS2; note the use of an Arabic numeral, because it's literally that important for differentiation. Anyway, Eternia was a notably successful entry in Japan, because just two months after release saw the debut of a TV anime based on the game, simply titled Tales of Eternia the Animation. Unlike later anime takes on the Tales Series, though, the Eternia anime was a side story that didn't interfere with the game's overall story in any way. Considering how intertwined this RPG series has been with anime, is the first Tales anime a good first step, or is it just as superfluous in the grand scheme of things as its plot?