Spectral Force Chronicle Divergence: Farewell, and Thanks for All the Hiyoko Bugs

From 1998 to 2005, video game company Idea Factory tried its hand at being a true multimedia company by releasing a baker's dozen of anime to help advertise its video game releases, most of which were literally nothing more than promotional OVAs that didn't tell a full story, of any sort... And nearly all of them aren't what anyone would exactly call "good". Back in 2013, I wrote reviews for six of the thirteen produced anime, followed by another five reviews across both 2017 & 2018. Among those, I've seen the ill-advised freshman effort of Spectral Force, the "much-too-soon" attempt at making a full-CG TV series with Run=Dim, the animated horrors of Gakuen Toshi Vara Noir (which in Japan is considered part of the "Yashigani Trilogy", alongside Lost Universe & Gundress), the apparent "worst of all time" in Mars of Destruction (spoiler: it's terrible, but not really "the worst"), and the lazy & seeming despondent final release of Rebirth Moon Divergence; throughout all this, Idea Factory truly showcased that it was "The Ed Wood of Anime". At the same time, though, not all of it was downright terrible, as there was the rather enjoyable introductory story of Generation of Chaos III & the legitimately good (if still beholden to the studio's quirks) & self-contained Kingdom of Chaos - Born to Kill. With only two more Idea Factory anime left to cover, on which side of the spectrum shall this next one fall? 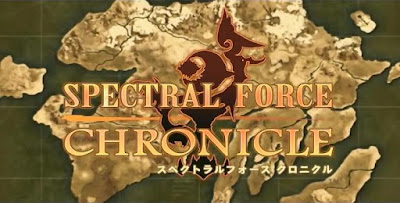 Idea Factory was founded in the Shibuya ward of Tokyo back on October 26, 1994 (Happy Early 25th Anniversary, Idea Factory!) by Shingo Kuwana (a former Data East planner & designer for the Joe & Mac series' SNES entries) & Yoshiteru Sato (not an ex-Data East employee). Over the course of the next decade, the studio would find itself a bit of a niche with the IF Neverland franchise, which produced a wide variety of games (mostly RPGs, of some sort) that all took place in a shared timeline within the fantasy world of Neverland. While 1996's Spectral Tower is technically the first entry, it was 1997's Spectral Force, a spiritual successor to Sega Saturn cult-classic Dragon Force (& developed by a lot of the same staff), that truly marked the start of the first major storyline in the franchise, the First Neverland War. So, to celebrate the studio's 10th Anniversary, Idea Factory decided to return to that original story & show it in a new way. The end result was early 2005's Spectral Force Chronicle for the PlayStation 2, which acted as a "digest" retelling of the plot of Spectral Force 1, 2, & Lovely Wickedness, but rather than the war simulator that the series was known for, it was instead a strategy/tactical RPG, similar to that of Tactics Ogre, Front Mission, or Super Robot Wars. It was also the only game from Idea Factory's partnership with Taiwanese studio XPEC Entertainment that did not see international release of some sort, with the others being 2003's Black Stone: Magic & Steel for the Xbox (Idea Factory's first international release; known as Ex-Chaser in Japan), 2004's Bakuen Kakusei: Neverland Senki Zero for the PS2 (released abroad only in Europe as Realm of the Dead), & 2006's Spectral Force 3: Innocent Rage for the Xbox 360 (which used the same engine as SF Chronicle).

To go with this 10th Anniversary strategy RPG, Idea Factory also produced an OVA that came out two months after the game, titled Spectral Force Chronicle Divergence, featuring animation by Wao World!, the same studio that produced the anime cutscenes used in the game. Unfortunately, the last "Divergence" OVA I covered, the one that went with fellow strategy RPG Rebirth Moon, was literally just the various cutscenes from the game, with nothing more than a static image & narration to link each one in chronological order. Is that simply the modus operandi of the short-lived "Divergence" OVAs? And if so, does this first one at least make more sense than the broken mess that was the final Idea Factory anime?

Ask hardcore fans of the PlayStation 2 what one of the best series is on the console, and it won't be long before someone answers with Zone of the Enders. Though generally credited as the creation of the legendary Hideo Kojima, though he only acted as a (highly supportive) producer, the series was actually the creation of Noriaki Okamura, who had worked with Kojima on games like Policenauts & Metal Gear Solid. While most generally only consider the two main games when thinking of the series, Z.O.E was created as a bit of a larger & more multimedia production, which in turn all take place in a shared world & timeline. As someone who's never really given the series a chance before, I've always wondered if going through all of Z.O.E in actual chronological order would be a great way to experience it all. So, over this past summer, I finally went through a massive Orbital Frame bender, checking out Konami's (& Sunrise's) cult-classic franchise in a way that I'm sure most haven't really considered. While I will give my general feelings about each production here, this is going to be focused more on how what happens in each part of the story, and if going through it chronologically actually provides any benefit.

So "Kiss Me Sunlights", as I put a "Ring on the World" to go "Beyond the Bounds", because "You Know Where We're Going?"

ZONE OF THE ENDERS!!!


Before we start, though, some quick set-up to establish things, for those unfamiliar. Zone of the Enders takes place in the latter half of 22nd century, specifically from 2167 to 2174, following mankind's colonization of Mars & space colonies being set up around the orbit of Jupiter. The eponymous "Enders" are what those in control on Earth call the Mars & Jupiter colonists, which in turn has resulted in harsh laws & taxes against them. This has resulted in various groups & organizations rising up to rebel on Mars, the most important for the overall storyline being the military force BAHRAM, based out of Vacilia County. As for the giant robots themselves, they come in two main forms: The standard Laborious Extra-Orbital Vehicle, or LEV, & the more advanced Orbital Frame. With those basics out of the way, let's start running!

Investigating the "Eva Clone" Part 2: Are Any Worthy of Kaworu's Grace?

*cues up "Komm, süsser Tod"*
Everybody thinks they understand Eva. (They never understood anything.) They thought it was supposed to be a world without copying... Without references. (That's because they thought that nothing else came before it.) He betrayed them! Anno betrayed their feelings! (They misunderstood from the very beginning. They just believed what they wanted to believe.) Nobody wants these "clones"... So they can all just cry. (Then what are their hands for?) Nobody cares whether or not they exist... Nothing ever changes. So they can all just cry. (Then, tell me, what is their heart for?) It would be better if Eva never existed... So it should just cry, too. (Then why are they all here?) ...Is it okay for them to be here? 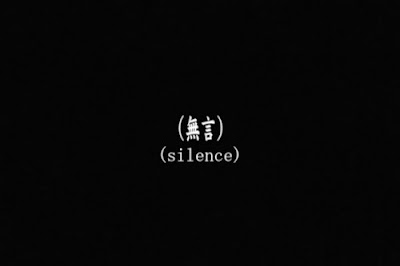 Huh, looks like the "Evangelion discourse" from the Netflix airing has already long died out... Oh well, I might as well finish what I started. As I said at the beginning of Part 1, Neon Genesis Evangelion's influence went far beyond the world of mech anime. 1998's Serial Experiments Lain was touted as being "Pioneer's Eva" in terms of importance, and it was certainly an influential hit, in its own right. 1999's Betterman was more of a horror anime than a mech anime, though there were giant robots, but it definitely took some notes from Eva's handbook. And let's not forget the "sekai-kei" genre that people attribute Eva as having started, which found its own icon in the late 90s in the form of the Boogiepop light novel series. That being said, I've generally seen the term "Eva Clone" reserved mostly for mech anime, and generally as a quick & dirty way to deride a show, which if nothing else shows the shallow, vapid, & generally derogatory connotation it carries. For example, few would call Lain or Boogiepop "Eva Clones", but people have no trouble using it to describe something like Darling in the Franxx. I bring this up mainly to illustrate why I'm only investigating titles that can be called "mech anime", because that's where the term itself originates from. Also, I've already gotten 12 anime to look at, & I value my sanity; I want to believe my feelings at that time were real, & not simply an obligation.

Anyway, let's move on to the second half of this investigation, covering the rest of 2000 up through 2005, the 10-year anniversary of Evangelion.